We certainly welcome you sticking your nose into our business! And this is a pretty important point to discuss,

This blog is not intended to offend any pet owner but rather to offer guidance. Vondis Holistic Pet Nutrition supports wholesome real food diets that are prepared from home or reputable kitchens. We support the feeding of raw veggies, raw unprocessed omegas and seared raw meat ( meaning – boil or steam your meat until it turns from red to pink or until it reaches 72 degrees.)

✓ 72 degrees to kill pathogens and  parasites

✓ 72 degrees is the responsible thing to do

To summarise the article, it stated that high levels of harmful bacteria found in many raw meat dog foods may be dangerous for more than just Fido, a new study suggests. Not only can these foods put a dog at risk, but people who live with that dog, particularly the elderly, young and immuno-compromised, are vulnerable, scientists say.

“Bacteria such as E. coli and salmonella can cause significant gastrointestinal disease in animals,” Dos Santos explained.

“Pets can also shed potentially harmful pathogens present in raw food into their environment, so there is a risk to owners both in handling the food and coming into contact with the animal. Pet owners who choose to feed a raw food diet should be aware of the potential health risks and take full precautions while storing and handling the food,” she warned.

Researchers led by Dr Ingrid Hansson, from the Swedish University of Agricultural Sciences in Uppsala, Sweden, analysed samples from 60 packs of raw meat products for dogs. The food came from 10 different manufacturers in Sweden, Norway, Finland, Germany or England. The products contained either uncooked meat and/or edible bones and/or organs from cattle, chicken, lamb, turkeys, pigs, ducks, reindeer or salmon.

The study was published online in the journal Vet Record.

Never let dogs lick people’s faces immediately after they eat raw meat dog food. Also, don’t give dogs raw meat products if they’re being given antibiotics, because this could increase the risk of antibiotic resistance.

“Dogs in families with infants, elderly people or immuno-compromised individuals should also not be fed [raw meat products], as these groups are more susceptible to infections,” Hansson’s team wrote.

The British Veterinary Association also does not recommend making a raw food diet at home without veterinary guidance due to the potential for nutritional deficiencies in homemade diets, Dos Santos said.

“We would advise any owner wanting to try a raw meat-based diet for their pet to first consult a veterinary surgeon,” she said in a journal news release.

The Health 24. Com article is no different as to what  micro-biologists and veterinarians have been saying for years:

The results of a landmark study conducted by animal science researchers in California show that feeding a group of dogs a freshly prepared, whole food, lightly cooked, nutritionally balanced diet made from real food is scientifically shown to increase white blood cells and blood proteins that could benefit immune health

The results support what human nutritionists have been advising for decades – stay clear of heavily processed foods, and eat wholesome, balanced meals that are prepared fresh from the highest quality ingredients available, are lightly cooked, and have no preservatives. This same advice appears to be true for our canine best friends.

I am very much against the raw food diets. Many dogs can do well on a raw food diet. However, they have the potential to be life threatening. Any food that can potentially kill even one animal is not worth the risk.. There is also a very good study done by my colleagues (that will be published in the next year) who analyzed several different recipe’s for raw food diets. ALL of them had nutritional deficiencies as well as some serious bacterial contamination.. Even if dogs do not get sick from the bacteria (such as Salmonella or pathogenic E. Coli- the Jack -in the -Box killer bacteria) they can become “chronic shedders”. This means they are carriers of the bacteria which is shed in their stool, and becomes a public health risk to people who might be exposed. This can be especially serious if your dog is ever around any children, the elderly, or immuno-suppressed people (those on chemotherapy, HIV etc).

“As a veterinary practitioner for thirty-seven years and a veterinary meat inspector for seven years, I, in good conscience, cannot recommend raw meat diets to my clients. My advice to my clients is “cook the meat until the redness is gone”. When this is done, there is no vomiting, the cholesterol level is normal, the risk of infection by microorganisms and parasites diminishes.” Any diet that gets a dog eating foods that are not filled with preservatives and other chemicals found in most commercial dog food is considered by most canine nutritionists as a step in the right direction. But the raw meat diets which are on the market today fall into the same trap as the all-breed/any-breed kibble

Raw diets have been found to contain Salmonella, Campylobacter, Escherichia coli O157:H7, Clostridium perfringens, Clostridium botulinium, and Staphylococcus aureus, all of which are known human and canine pathogens. These bacteria are shed in dog stools and may be transferred to carpets and furniture as the dog moves around the house. These pathogens usually only pose a serious human risk to the immuno-compromised, the elderly, and young children; however, this is a very important consideration if you are feeding a raw diet and have people in these risk groups living in your home.

Recent newspaper reports have brought this little-known parasite to the attention of the dog-owning public.   What is it and why have we not heard of it before?

“This is definitely not a new parasite” says Professor Joop Boomker, of the Department of Veterinary Tropical Diseases, University of Pretoria. “It just hasn’t been prevalent in recent years.”

“Pet owners who feed meat and chicken to their dogs should ensure that it is properly cooked, and never fed raw,” advises Prof. Boomker

Ann Martin, who wrote the book FOOD PETS DIE FOR,

Her new book out titled PROTECT YOUR PET: MORE SHOCKING FACTS. It has chapters on the “Raw Meat Diet Controversy”, Ann is joined by many canine nutritionists and Veterinarians who now urge dog owners to be VERY CAREFUL about feeding raw meat to their dogs.

Our present day domesticated dogs have been eating cooked foods long enough to cause a change in their digestive and glandular systems and the way that they will react to raw foods.

An Assessment of the Research and Arguments Related to the Advisability of Feeding Raw Meat-Based Diets to Cats and Dogs
by James O’Heare, Ph.D.

Advocates of a raw meat diet feel that it’s “bringing your dog back to a more natural style of living”. None of the people who are promoting a raw meat diet (that I have encountered) have actually had contact with a wild dog. I have a wolf sanctuary, and the truth is that wild-born wolves taken into captivity are typically malnourished. Most people *assume* that because wild dogs don’t have the opportunity to cook their food, that nature has set up the perfect diet for them. This is simply not true. We know from their carcasses that they die of splintered fowl bones and have very bad dentalia (dental problems).As for the statement that raw meat is a biologically correct food, Humans have survived healthfully on cooked foods for thousands of years. It is more than safe to say that diseases such as cancer are not caused by cooking your meat.

Paul Jacobson is a Pet Food Nutritionist and qualified chef and owner of Vondis Holistic Pet Nutrition. Vondis has been producing natural pet food for 20 years and is a registered nutritional pet food. Paul is actively involved in educating the public on the benefits of natural diets for pets and a holistic approach when treating them.
Our product is lightly cooked until it turns from red to pink or until it reaches 72 degrees, and is promoted and stocked by a wide spectrum of vets, homeopaths, health stores and pet shops. 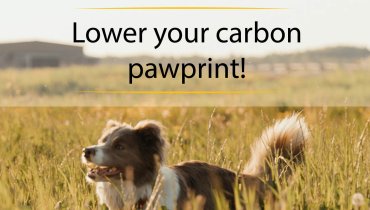 Grubs – The benefits of Insect protein for dogs

10% off your first order
Plus we will donate one shelter meal for every subscription! 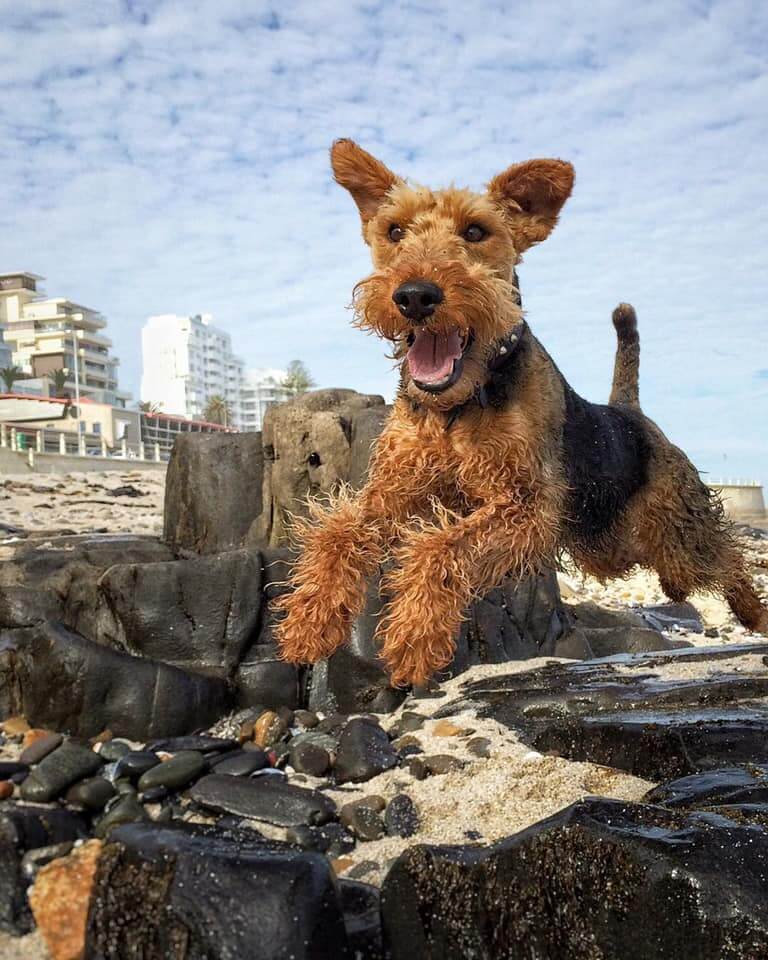 Powered by Convert Plus
We use cookies on our website to give you the most relevant experience by remembering your preferences and repeat visits. By clicking “Accept All”, you consent to the use of ALL the cookies. However, you may visit "Cookie Settings" to provide a controlled consent.
Cookie SettingsAccept AllRead More
Manage consent

This website uses cookies to improve your experience while you navigate through the website. Out of these, the cookies that are categorized as necessary are stored on your browser as they are essential for the working of basic functionalities of the website. We also use third-party cookies that help us analyze and understand how you use this website. These cookies will be stored in your browser only with your consent. You also have the option to opt-out of these cookies. But opting out of some of these cookies may affect your browsing experience.
Necessary Always Enabled
Necessary cookies are absolutely essential for the website to function properly. These cookies ensure basic functionalities and security features of the website, anonymously.
SAVE & ACCEPT