Part 3 – All About Oliver: Oliver overcomes fear and disability

How many of us would just give up hope,

when life has been hard and we cannot cope,

sit in a corner and mope all day,

crying out loud: “I shan’t live this way!”

Hobbling on three legs Oliver had to learn to ascent one flight of stairs. He would try and he would persist but the challenge was difficult. He could make two or three stairs but the fourth and the rest were too much for him. Even a tasty treat could not lure him to the top. Even the tender calls from our children could no encourage him enough.

Frustrated and scared, he would try day in and day out, but he persisted, until after a few weeks he made it to the top. That was only the first challenge for Oliver because getting down the steep stairs posed another challenge in itself. So often Oliver would get it wrong and slide down a few stairs but he was determined to overcome his disability.

Today, Olive flies up and down stairs and is one of the fasted dogs on the Sea Point Promenade. He still walks like Quasimodo or Spiegel from The Lord of The Rings but when he is in full flight, he looks like a majestic Greyhound.

Oh that abusive hand of shame,

how can I love it again?

Now you pat me affectionately,

But is it for real?

If you missed the first two instalments…

Part 1 – All about Oliver: Man lets down his Best Friend

Part 1 – All About Oliver: Man lets down his best friend

Part 2 – All About Oliver: To Keep or Not To Keep

Part 2 – All About Oliver: To keep or not to keep

All About Oliver, dog matters, rescue dog
Leave a comment 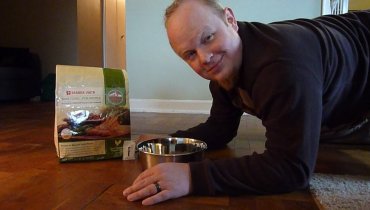 Kibble Pet Food for humans! Owner of Vondi’s to be instant billionnaire!

The miracle of Vondi’s – Solving your pet’s itchy skin

A Leather Shoe For Lunch Or Granny’s Sunday Roast?

Grains – good for your pet or not?

Spring has spring – allergies and fleas – an holistic solution

Powered by Convert Plus
Need Help? Chat with us
Start a Conversation
The team typically replies in a few minutes.
Vondis WhatsApp
Vondis Online Orders