Flea and tick drops – a saviour or a killer?

Over the years we have interviewed thousands of pet owners throughout South Africa.

Many complained about the immediate sickness that befell upon their pets when they applied the flea and tick drops. Others complained that there pets skin swelled up after application of these drops and most claimed that there pets continued to suffer from some sort of adverse skin condition.

After investigating the ingredients that are used to formulate  these flea and tick drops, we were appalled to learn  that ingredients fipronil and permethrin, used in animal flea products Advantix and Frontline, are also the active ingredient in common household insecticides, advertised nationally  as almost instantly killing cockroaches. Note also that these products have a hazard rating of 4, the highest value.

I find it hard to believe that these products are not absorbed in to the tissues and organs of the animal, accumulating over time, with a consequent impact on the well-being of the pet.

There are some wonderful natural alternatives that repel fleas and ticks without being dangerous to our pet’s health. Garlic has been used for centuries as a natural anti-biotic but also to repel parasites, mosquitoes and fleas.

Khakibos has always proven to be a great flea and tick repellent. Many older folk will tell you of stories how they would cover their carpets and curtains with Khakibos, in order to repel fleas and ticks.

Aloe Bitter Crystals, hidden in a piece of meat and taken internally, is also very effective.

Then there is the old fashion method of grooming and brushing.

Either way, the natural alternative is a far better and a safer option. The adverse affects from flea poison are documented. They include skin disorders (itchiness, redness, hair discoloration, hair loss, bleeding sores), lethargy, difficulty walking, loss of appetite, changes in behavior, vomiting, diarrhea, seizures, and even death.

Here some horrendous testimonials, both locally and abroad. I have many many more:

Louise van der Merwe, SA Representative: Compassion in World Farming and Editor of Animal Voice testimony is frightening but there are worse:

“My cat lost all the hair on her neck and back after I had applied one of those flea poison ampules you get from the vet. The baldness wasn’t just where the ampule had been applied. It spread over several square inches.  It took a long time for her hair to grow back. I felt dreadful.”

“My 3 year old yorkie had a full blown seizure 30 minutes after an application of Advantage. She couldn’t walk and was drooling from the mouth. I grabbed her and washed her off with Dawn dish washing liquid. She was shaking afterwards for about  an hour, but appears to be ok now. I contacted my vet, who declines to admit that the flea medication would be the problem”

“WE WON’T APPLY ANY MORE CHEMICALS TO OUR DOG! FRONTLINE PLUS APPLIED AS DIRECTED GAVE MY DOG A SEIZURE. WITHIN MINUTES OF THE APPLICATION HIS EYES GLAZED OVER, WERE VERY GLASSY AND HE SLOWLY LAID DOWN ON THE FLOOR.  HE LAID THERE AND STARED OFF INTO NOTHING AND APPEARED TO BE “STONED”.  HE HAS ALSO DEVELOPED THESE CYST LIKE BUMPS ALL OVER WITHIN HIS SKIN.  WE ARE HAVING ONE BIOPSIED TO GET THE OFFICIAL DIAGNOSIS OF THEM. ARE THESE CAUSED BY THE MEDICATION? AND IS THE “STONED” REACTION A SEIZURE, OR AN ALLERGIC REACTION TO THE FRONTLINE?

“The other day my dog was given frontline, he has a habit of lying on my bed. After about 15 minutes of my  going to bed that night I felt like I was on fire from my head to my knees. I started splashing cold water on  myself and it was not helping, my face started to swell and there was purple blotches all over me. This  lasted about 20 minutes.”

Part 3 – All About Oliver: Oliver overcomes fear and disability 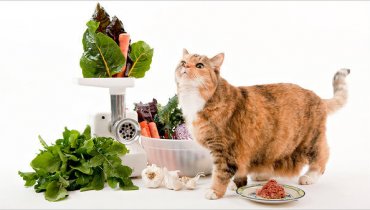 How to wean your cat over onto a healthy wholesome diet 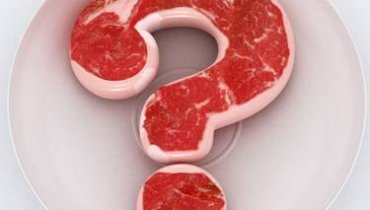 “Raw Meat and Dogs – What You Need to Know” by Veterinarian Dr. Reichertz

What Some Vets Have To Say On Nutrition For Dogs.

Powered by Convert Plus
Need Help? Chat with us
Start a Conversation
The team typically replies in a few minutes.
Vondis WhatsApp
Vondis Online Orders
I will be back in 5:21