Honestly, how much thought have you really given your dog’s diet?

People can be very passionate when it comes to what they feed their dogs and cats, and for

good reason. A good diet can contribute to a long and healthy life and even the psychological

well-being of our pets.

Unfortunately, many pet owners feed low quality diets simply due to the

fact that they haven’t taken the time to think about the long-term effects of a poor-quality diet.

If asked, “If your pet could live 2 years longer, would you like that to happen?”, no animal lover

alive would say no, yet alarmingly few pet owners take the time to really put much time and

effort into making this happen with nutrition. In fact, many don’t even think about it and blindly

feed what is on the supermarket or veterinary shop shelves.

In a recent article for the Daily Maverick, Kevin Bloom refers to the ‘pet food crisis’ of March

2007. Overseas veterinary organisations gave reports of over 100 pet deaths that were linked to

the ingestion of an industrial chemical melamine, found in commercially processed foods. Less

than two weeks later, an online database reported that there were around 3,600 pet deaths.

Although the first recalls were announced in the United States, in the months that followed we

would see recalls spread throughout North America and even into Europe and South Africa.

nutrition or modern scourge?” Which asked whether South Africans had suffered a crisis of

confidence in their pet food. “Apparently not,” she concluded, citing the executive director of the

Pet Food Industry Association of Southern Africa, who noted that the local market had grown

over the previous year by two percent, mainly because of the “upfront way” in which

manufacturers had responded to the crisis. Knowler explained that: “What the industry has

doesn’t come out of a bag, pouch or tin. In the case of ‘premium’ brands sold at veterinary

Coming from someone with a medical degree, it’s a very powerful endorsement. And it’s backed

by the SA Veterinary Association.”

appropriate food for your pet, there’s another study (or 10) saying the opposite. But the debate

is not the point. The point is the deranged clowns behind the curtain who are controlling the

information.” The million dollar corporations. You can read the full article here, including a quote

What point would we like to make in addendum to the Daily Maverick article? Let’s be fair to

modern South African pet owners. Many of us are conscientious enough to listen to the advice

of our vets and make the extra investment in higher quality food, rather than simply toss in a

dusty bag from the supermarket aisle after we’ve bought our bin bags.

However, still not enough go far enough as to do enough research beyond what our vets say to

form our own opinions.

to treat pet illness and injury, not necessarily to advise on nutrition. They are also heavily

marketed to throughout their training by pet food brands. It is not solely your vet’s job to think

about what you feed your pets. It is your job as well.

people rarely know or care what gets put into it. If you read the labels of many vet shop brands,

you’ll see that corn/maize comes first. Dogs and cats are both primarily carnivorous. Does

We’re not saying all kibble feeders are irresponsible or thoughtless. In fact, increasingly more

high protein content from more reputable, quality sources. In fact, if you read the labels of some

of these, you will quickly come to realise that many people don’t eat as high quality ingredients

as are contained in these freeze-dried bags.

However, for these ingredients to be conveniently packaged and transported, and neatly

space, high amounts of processing and preserving needs to take place, and this is where these

While most people still seem to feed their dog a commercial kibble or canned food diet, many

In the home-cooked camp, many people tell stories about how their grandparents fed their farm

dogs leftovers from the table and they lived to ripe old ages in great health, yet with today’s

busy lifestyle, few people have the time to invest in this. To fill this gap, frozen, preservative-free

nutrition, yet don’t have the time, or confidence in their own nutrition knowledge to make it

In the other camp are the raw meat feeders, who believe in diets of bones, raw meat, fruit and

vegetables, or some of them, purely raw meat and bones.

While some people suggest we feed our dogs like wolves, others suggest that domesticated

adapted so. Their argument is that today’s dogs can no longer digest large amounts of raw meat

and rather benefit from a diet rich in raw vegetables and nutritional pulses, together with quality

dog a complete natural and balanced wholesome diet free of preservatives. They believe in food

quality that you’d eat yourself, although possibly even better since the food contains less

sodium than most human diets.

At the end of the day, there are many opposing beliefs when it comes to animal feeding, and it’ll

never be possible to get everyone to agree. The main point we’d like to make is that pet owners

facts, rather than just taking anyone’s word for it.

It’s you who decide what your dog eats, so make an informed choice for your furry companion. 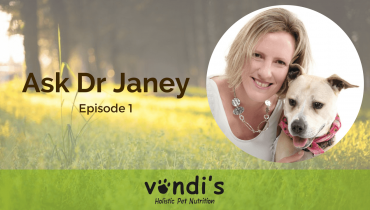 Powered by Convert Plus
Need Help? Chat with us
Start a Conversation
The team typically replies in a few minutes.
Vondis WhatsApp
Vondis Online Orders